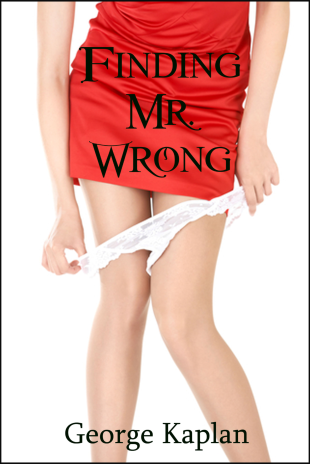 This has been a productive week already and it’s far from over. Finding Mr. Wrong, the second book in the Tookie series, is moving rapidly toward release. The editor’s comments weren’t hard to accommodate and I didn’t find too many typos to correct, on this goround at least. So, I was able to submit the revised manuscript for final edits. Soon, PDFs will arrive in my inbox for me to review.

Hardly any time later, a draft cover awaited my comments. Black Opal Books’ artist selected an image that suggested a scene in the book. The only problem was that the sexy woman in the photo was wearing spike heels. Forget about those. Tookie never wears high heels, even short ones. Photoshopping clodhoppers over them didn’t work. Photos that might have worked were in the wrong aspect ratio for a book cover: they had a horizontal orientation instead of vertical as needed. Eventually, I found a photo of a woman in a red dress with great legs—and no shoes.

The artist gave it a try, and it works. I’ll leave to the reader what scene inspired the artist. For a hint, read Only Tim Sent Flowers while you wait for Finding Mr. Wrong to be in print. Fortunately, that won’t be too long. It is scheduled for release in both print and ebook versions in March.